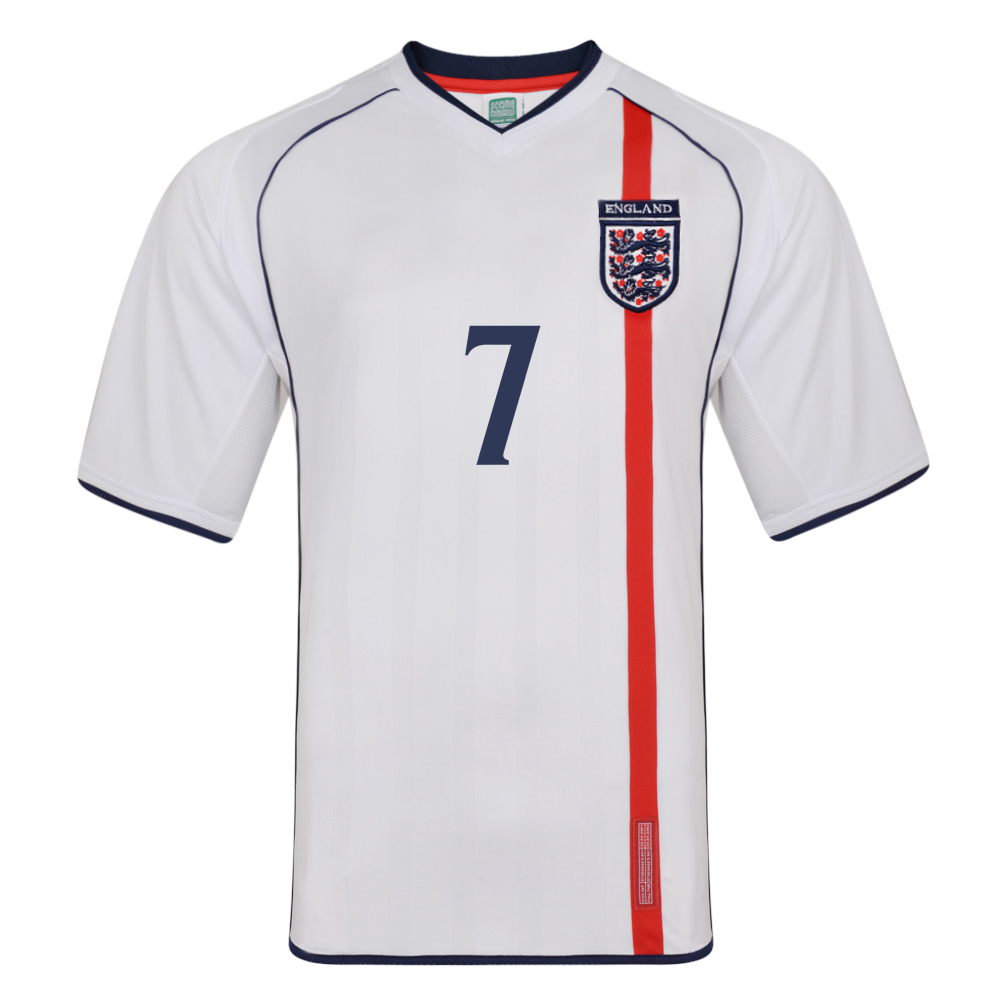 England 2002 No 7 Retro Football shirt Get kitted out for the 2022 World Cup with this officially licensed England retro football shirt. This classic England shirt was worn by David Beckham during the 2002 World Cup hosted by Japan &amp; Korea. England started the group stage with a 1-1 draw against Sweden, before beating Argentina 1-0 thanks to a famous David Beckham penalty – the perfect way to redeem himself 4 years after the regrettable red card at France 98. A 0-0 draw in the final group game against Nigeria was enough to see the three lions progress through a tightly contested group. An impressive 3-0 victory against Denmark in the round of 16 set up an exciting clash against Brazil in the quarter final. England made a good start and took the lead through Michael Owen, before Rivaldo equalised on the brink of half time. Ronaldinho produced an unforgettable free kick in the second half against David Seaman to knock England out 2-1 – did he mean it?!
Tags: ENG02H7PYSS-L