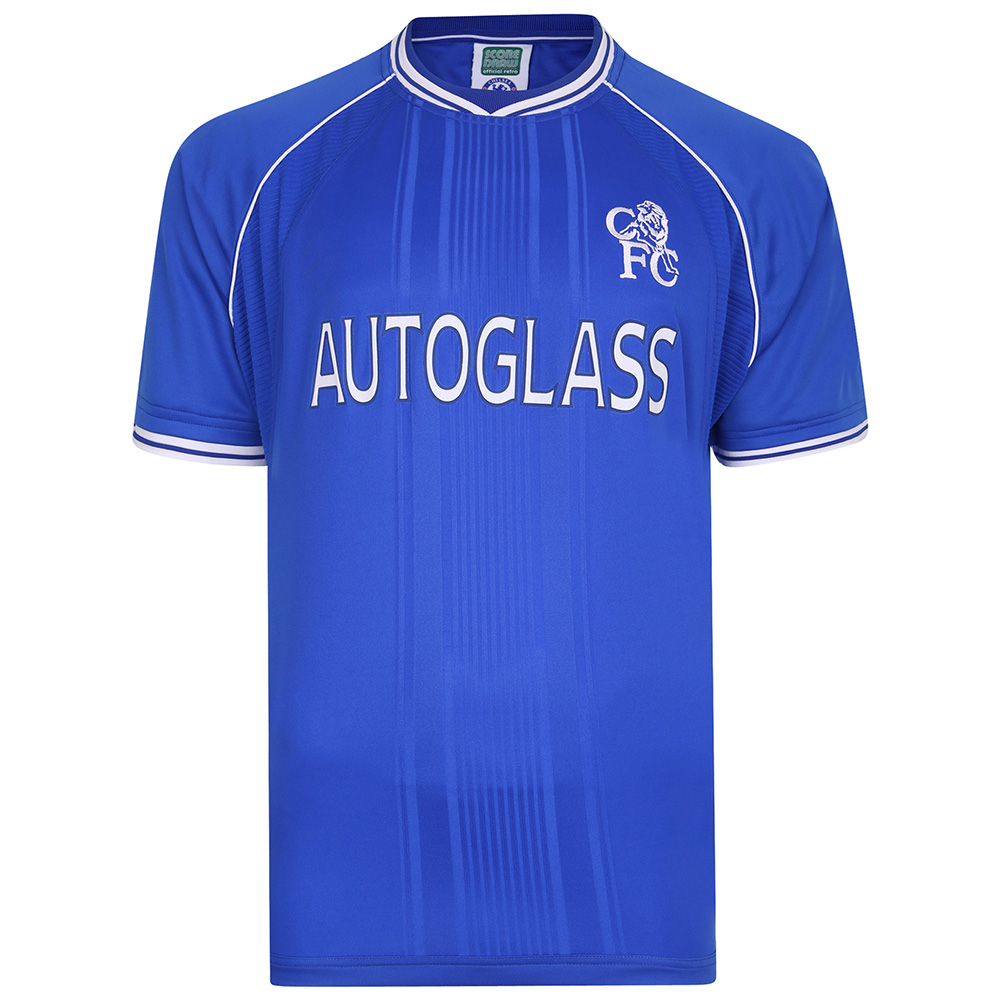 Chelsea 2000 Retro Football Shirt A memorable home shirt worn for two seasons from 1999-2001. Club legend, Gianluca Vialli, led the club to an FA Cup final victory over Aston Villa in the 99/00 season as Di Matteo grabbed the only goal at Wembley. The club also reached the quarter finals of the Champions League in the same season but were knocked out after a heavy second leg defeat at the hands of Barcelona. The shirt was also worn in a 2-0 Charity Shield victory over Manchester United at the beginning of the 00/01 season.
Tags: CHEL00HPYSS-XXXL