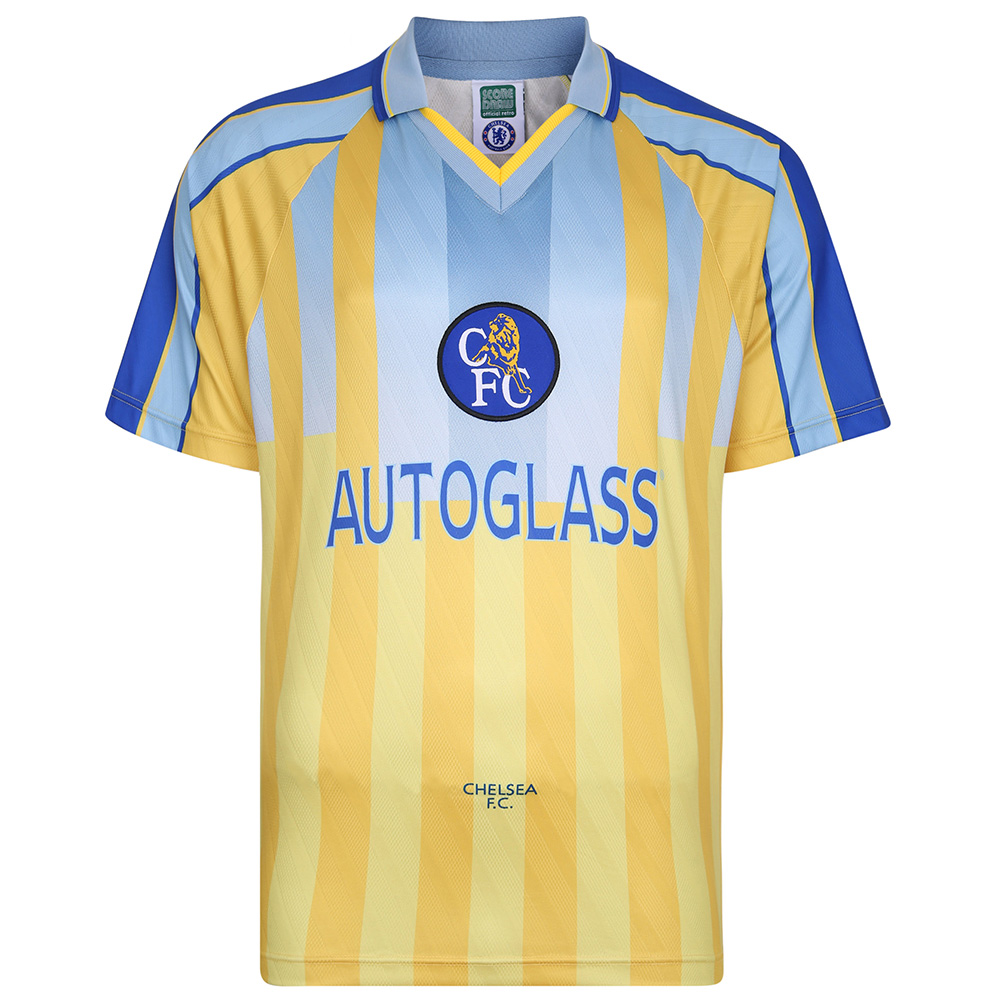 Chelsea 1998 Away Retro Football Shirt A replica of the away shirt worn by Chelsea in the 97/98 season which ended in League Cup and UEFA Cup Winners Cup success. The blues beat Middlesbrough 2-0 in the League Cup Final thanks to goals from Frank Sinclair and Roberto Di Matteo and then went on to lift the UEFA Cup Winners Cup by beating VfB Stuttgart 1-0 in Stockholm, courtesy of a Gianfranco Zola goal.
Tags: CHEL98APYSS-S