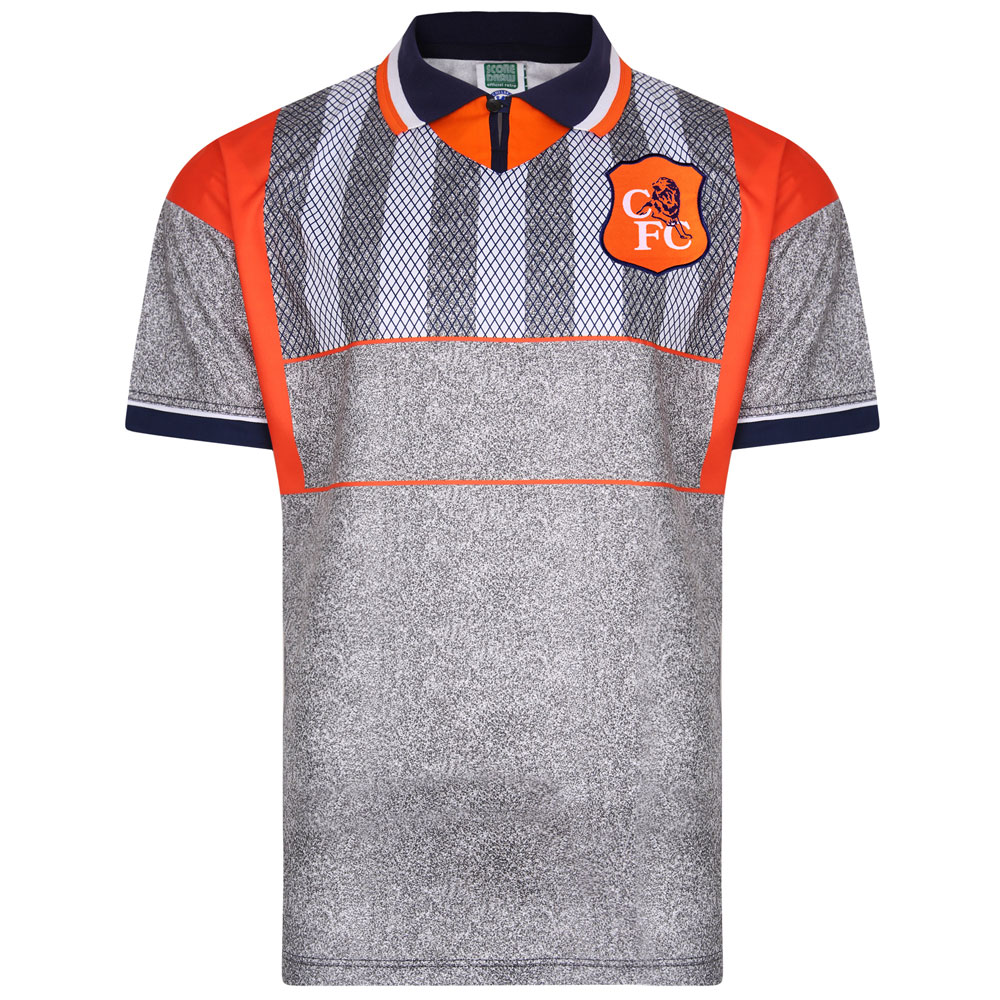 Chelsea 1994 Away Retro Football Shirt A memorable Chelsea away shirt worn from 1994-96. The Blues reached the Semi-Final of the UEFA Cup Winners Cup in 94/95 but were beaten 4-3 on aggregrate by eventual winners Real Zaragoza. Glenn Hoddle’s men suffered more Semi-Final heartbreak the following season in 95/96 in the FA Cup as they were again beaten by eventual winners, Manchester United, 2-1 at Villa Park.
Tags: CHEL94APYSS-L