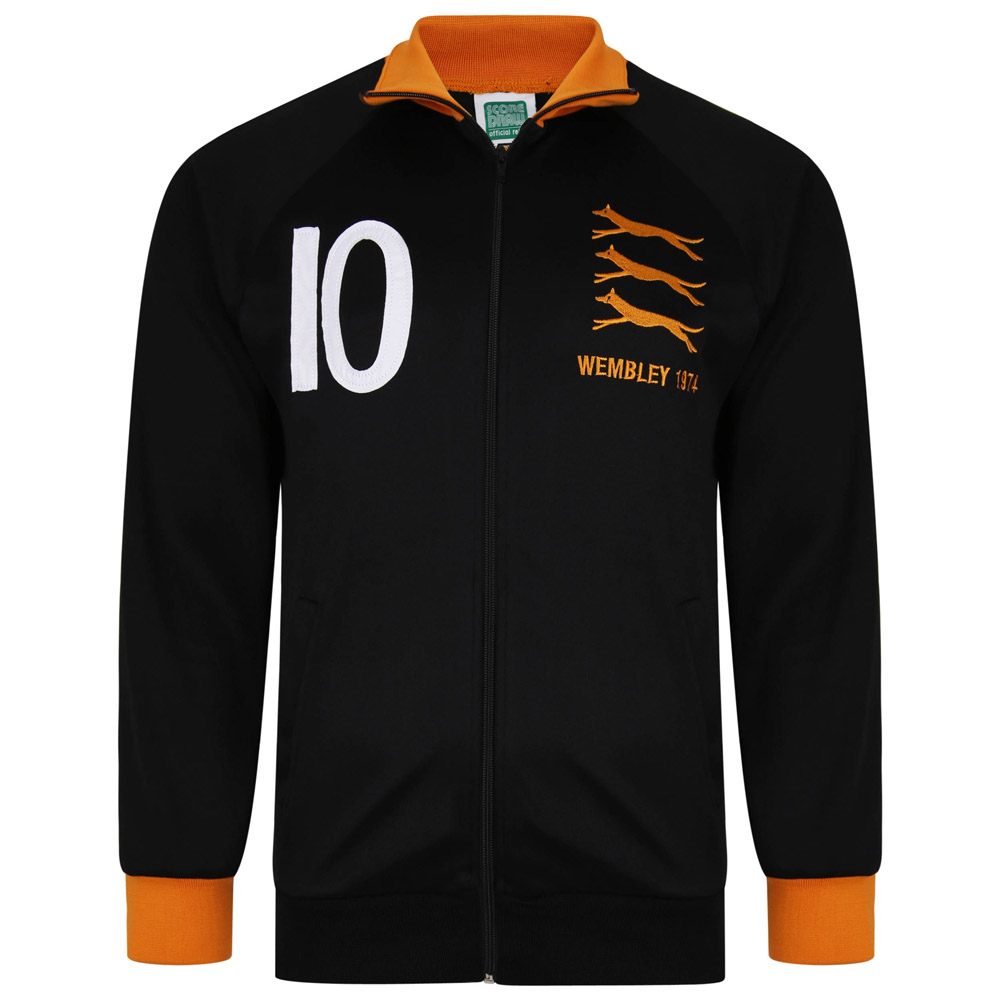 Wolverhampton Wanderers 1974 League Cup Final Track Jacket The track jacket which the Wolverhampton Wanderers players walked out onto the Wembley turf wearing, ahead of the League Cup final in 1974 against Manchester City. The game was level at 1-1 going into the final 10 minutes, but a late John Richards goal was enough to seal a memorable victory for the club.
Tags: WOLV74HFLCFTJ-M