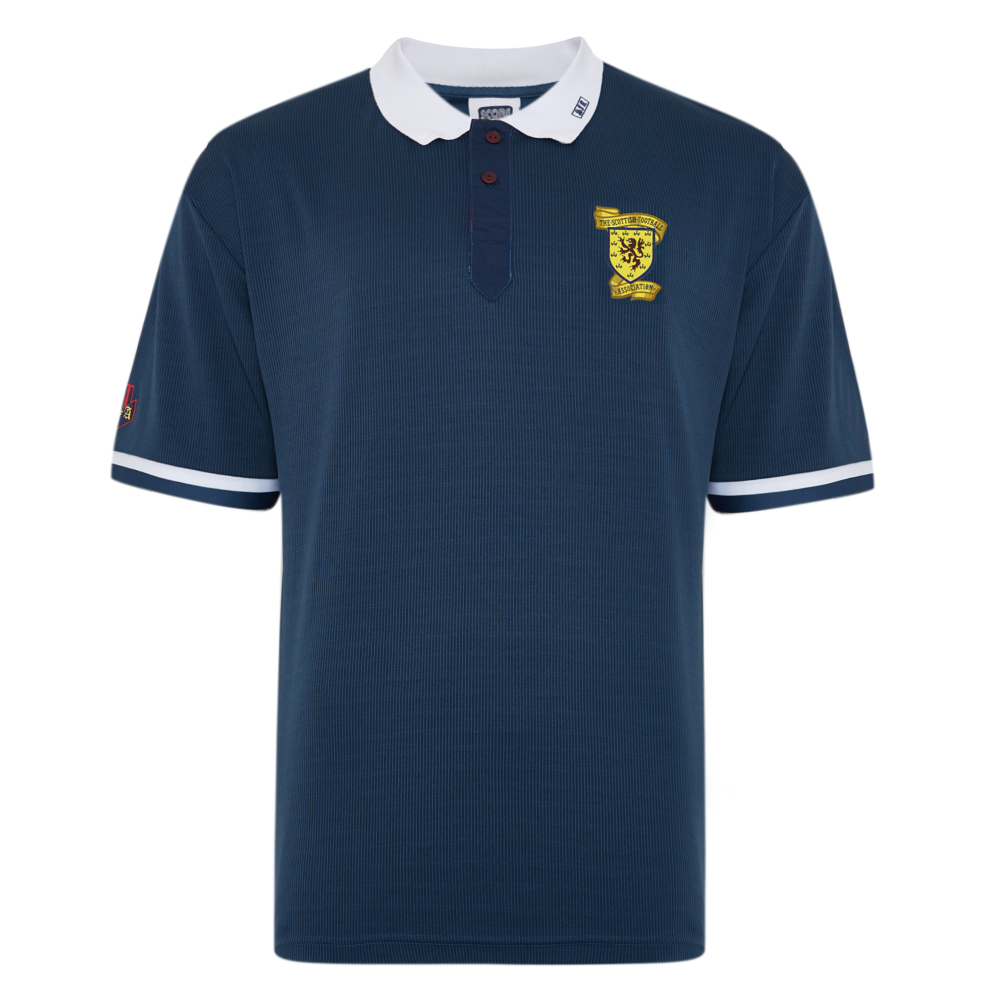 Scotland 1990 Retro Football Shirt A popular home shirt worn by the Scottish team at Italia 90. Scotland suffered a 1-0 defeat against Costa Rica in their opening game, before beating Sweden 2-1 a few days later in Genoa. The Scots were eliminated after a late 1-0 defeat against the mighty Brazil in the last group game. The shirt features a SFA (Scottish Football Association) sleeve patch and SFA initals on the collar.
Tags: SCOT90HPYSS-XL