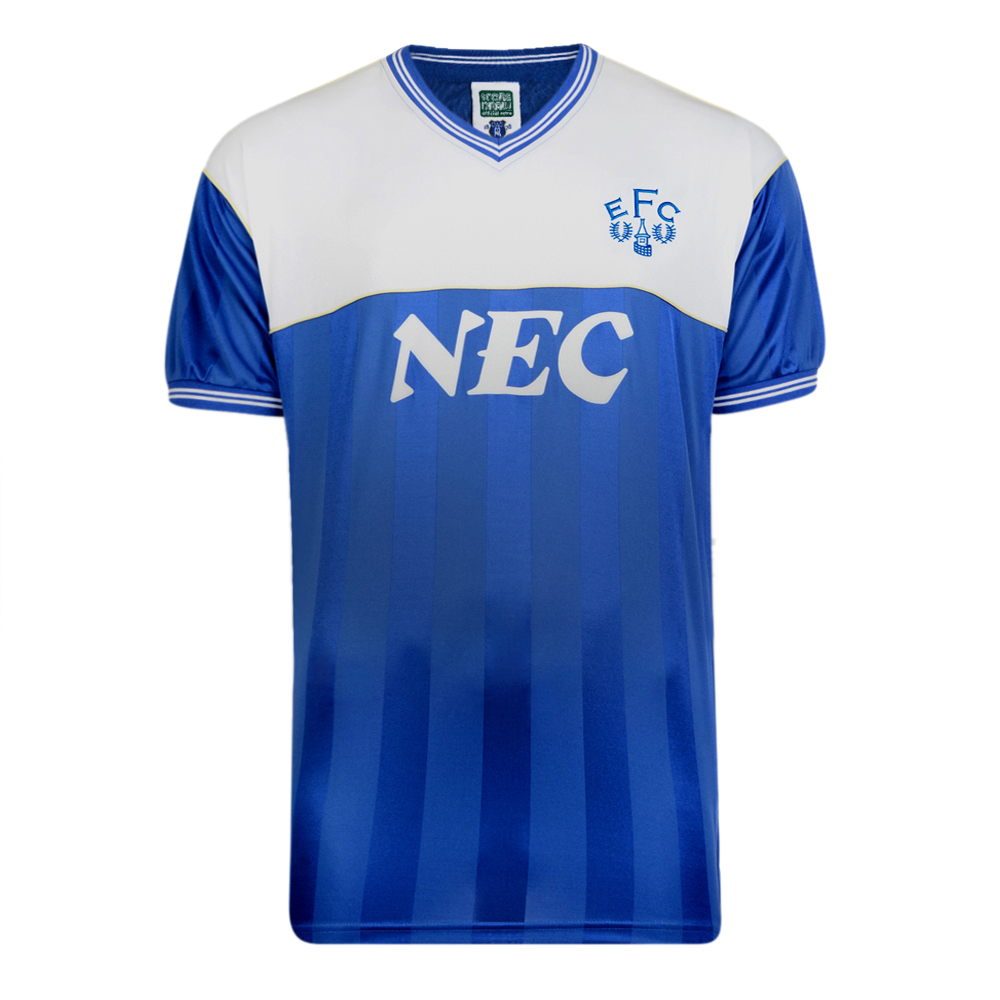 Everton 1986 Retro Football Shirt Worn in the 1985-86, Everton signed a 24 year old player Gary Lineker for a club recored fee Â£900,000 from Leicester City Lineker would end the season as division one&nbsp;top goal scorer with 30 goals The season would end in being runners up in&nbsp;the league and FA Cup against their merseyside rivals Liverpool
Tags: EVER86HPYSS-XS