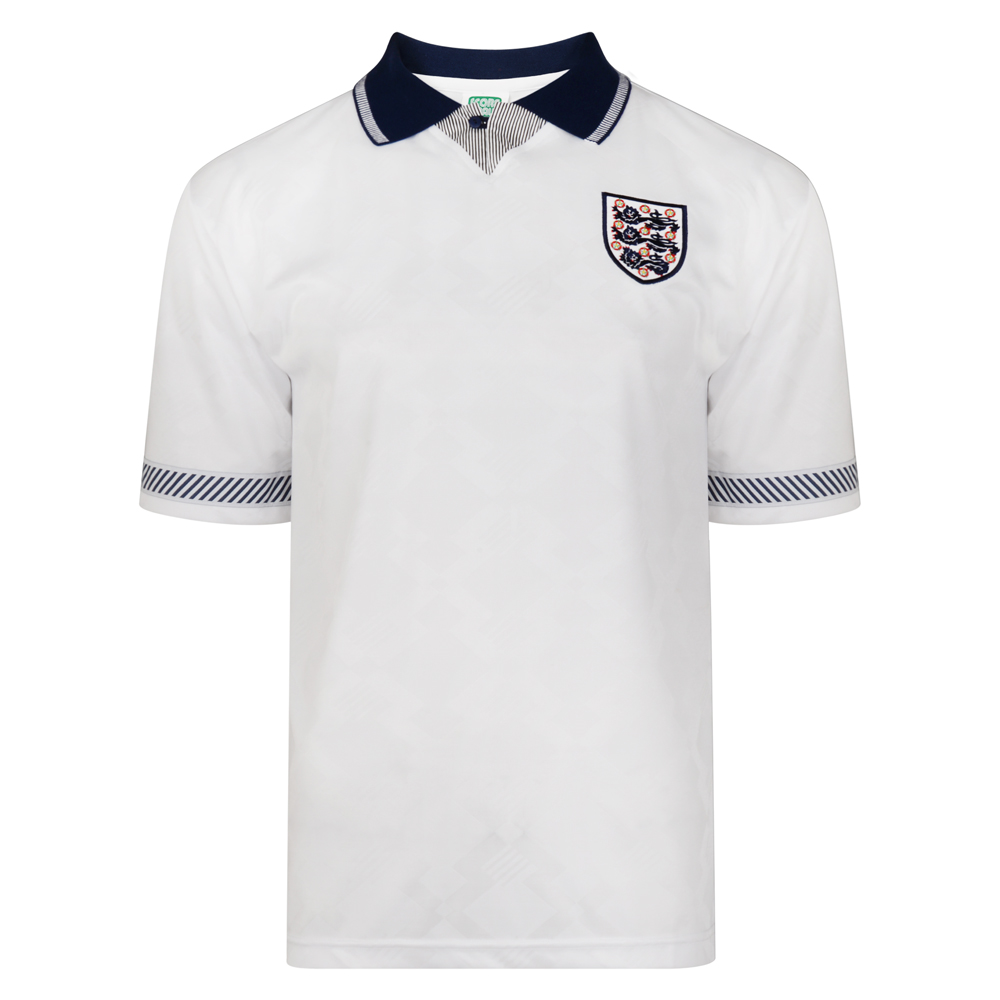 England 1990 World Cup Finals Retro Football Shirt Get kitted out for World Cup 2022&nbsp;with this officially licensed England retro football shirt. One of the most popular England football shirts after what was a successful Italia 90 World Cup England bowed out in the semi-finals against West Germany losing on penalties
Tags: ENG90HWCFPYSS-XS