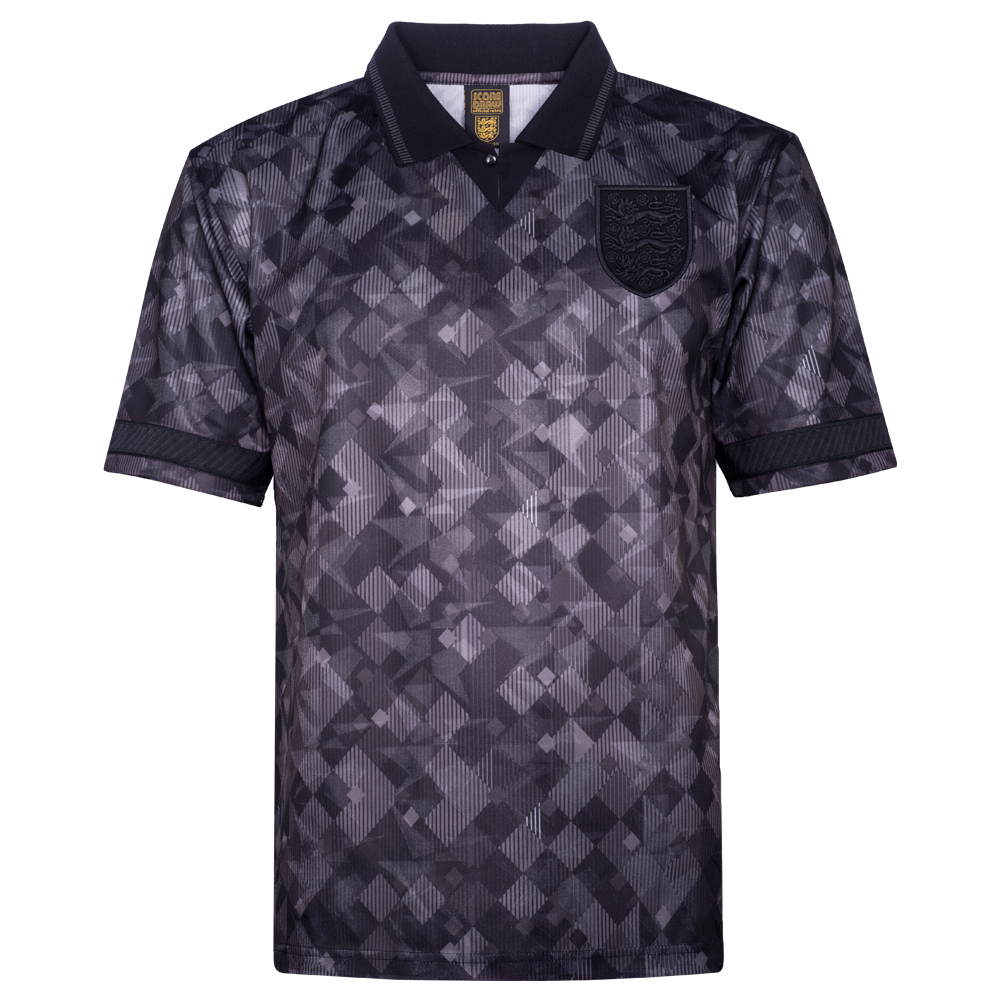 England 1990 World Cup Finals Black Out Retro Football Shirt Get kitted out for World Cup 2022&nbsp;with this officially licensed England retro football shirt. A fantastic special edition on one of the most popular England football shirts after what was a successful Italia 90 World Cup. Black on black design with embroidered tonal England three lions crest to front. Part of the SD90 official England collection. England bowed out in the semi-finals against West Germany losing on penalties
Tags: ENG90TBOUTPYSS-M