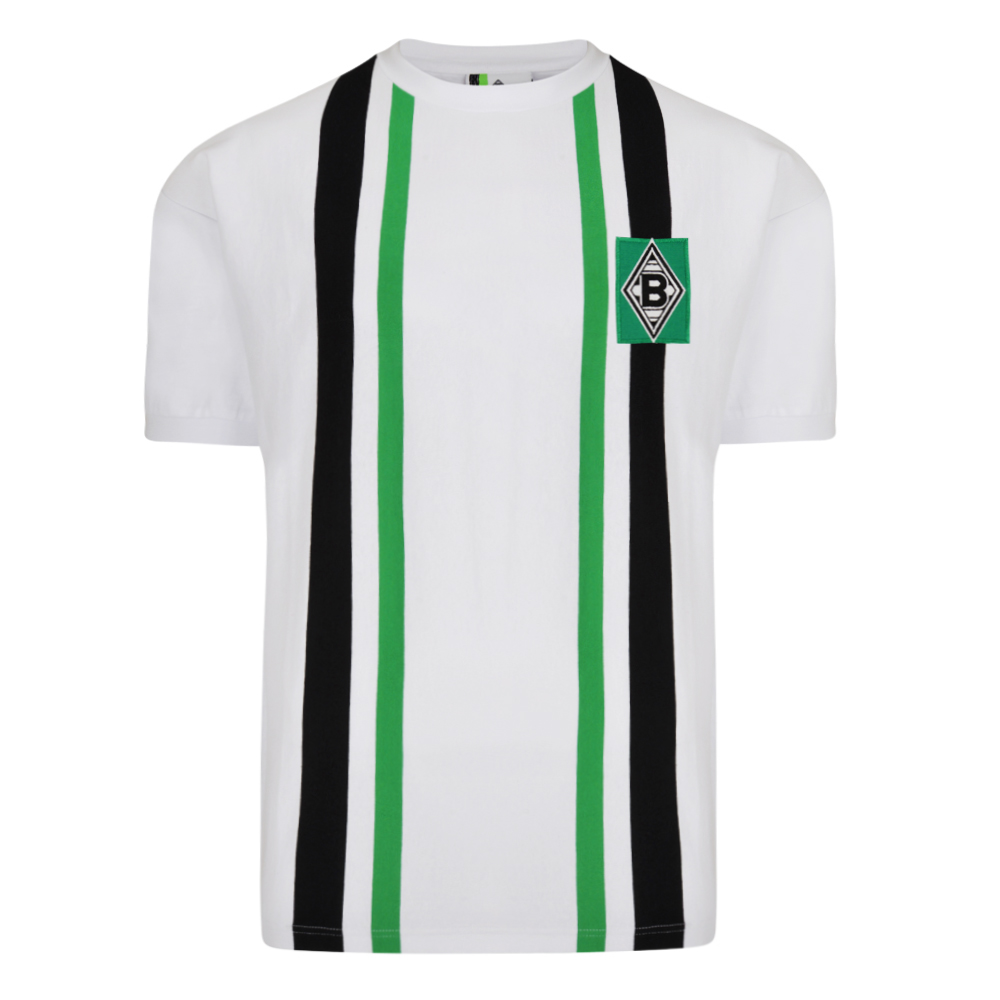 Borussia Moenchengladbach 1974 trikot An iconic Moenchengladbach home shirt, worn by the team during a highly successful season in 1974/75, as the German side won the Bundesliga and the Uefa Cup, by beating Dutch side FC Twente 5-1 over two legs. A must have for all Die Fohlen fans.
Tags: BMG74HSS-XXL