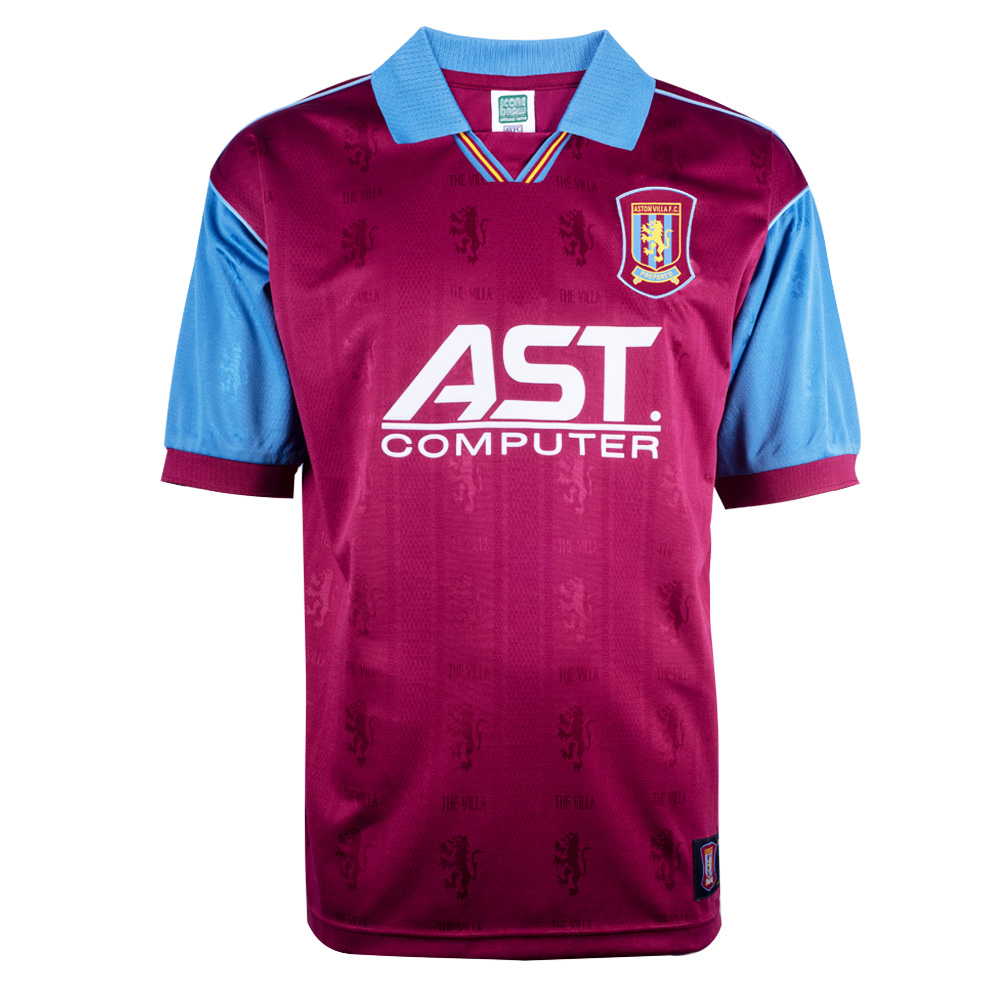 Aston Villa 1996 Retro Football Shirt A popular shirt amongst the Aston Villa fans. It was the shirt worn in the last true successful season of the club in the top tier. In the 1995/96 season, Villa won the League Cup, finished fourth and were FA Cup semi-finalists. Brian Little had turned Villa into a formidable force. &nbsp;
Tags: VILLA96HPYSS-L