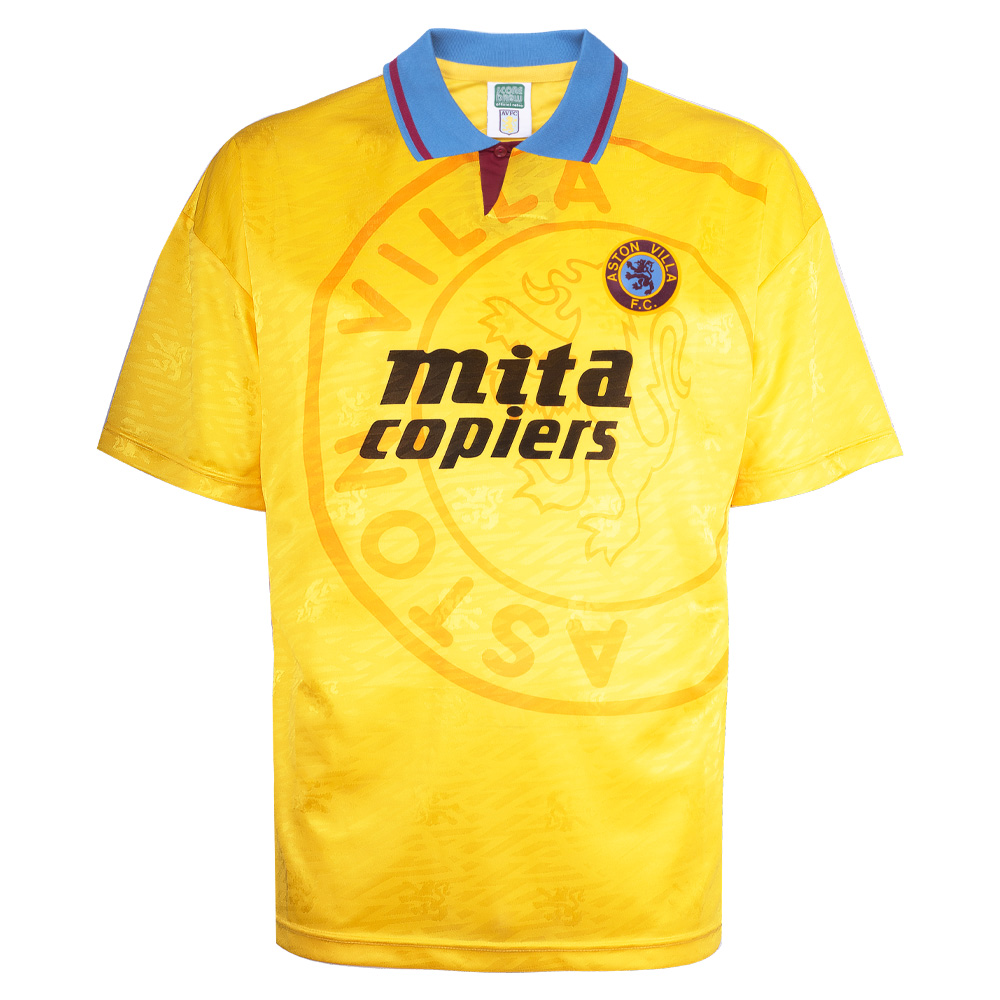 Aston Villa 1990 Third Retro Football Shirt Dean Saunders joined Aston Villa in September 1992 from Liverpool, for a fee of £2.5 million, in a deal that reunited him with former Liverpool players Ray Houghton and Steve Staunton at Villa Park. Saunders scored two goals on his home debut against Liverpool, the club who had just sold him, and Villa challenged for the inaugural Premier League Title, ultimately finishing second behind Manchester United.
Tags: VILLA90TPYSS-S